What does theater mean for us? For some people theater is catharsis, a way to experience and confront feelings. For others acting acts as an escape from reality, an open door to the lives of others, or a source of knowledge, otherwise not accessible. If we had to sum up the main features of theater as an experience, they would be proactive, deeply human and enriching. Let’s find out why.

Performing arts, especially improvisation, help young people to be more confident and assertive (Maples, 2007). Theater is a context that allows – not to say obligates – exposition. In theater, we have to be daring, to express emotions. There are no boundaries in human expression. We are allowed to laugh, to cry, to shout, to let everything go.

The effort to unravel the features of a character increases our general ability to understand and share the feelings of another, increases empathy (Reilly et al., 2012). While acting, we often come across behaviors we do not usually confront or display. People that participate in theater tend to relate better to different situations, backgrounds, and cultures. Theater encourages us to show compassion and tolerance for others.

Albert Einstein said, “Imagination is more important than knowledge.” Theater activates our imagination. We are asked to reenact stories, imitate how another person would act in an imaginative setting. Theater demands to think outside of the box. Another competence affected is linguistic performance. Theater is a language rich environment where people have to spend time reading, memorizing and cultivating their linguistic skills. It is proven that acting improves vocal projection, articulation, tone of speech and expression. Additionally, it cultivates listening and observation skills (Catterall et al., 1999).

The most essential feature of theater is liveliness. Liveliness transmitted from the direct play between the actors and the audience to an enhancement of personal features of the people involved. As Oscar Wilde said “I regard the theater as the greatest of all art forms, the most immediate way in which a human being can share with another the sense of what it is to be a human being.”

Catterall, J., Chapleau, R., & Iwanaga, J. (1999). Involvement in the arts and human development: General involvement and intensive involvement in music and theater arts. Champions of change: The impact of the arts on learning, 1, 1-18. 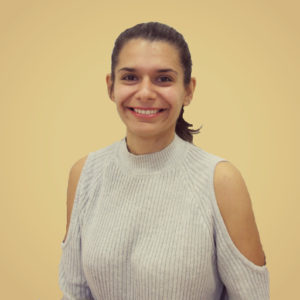 Kontessa is a psychology master alumni who did volunteer work at centrum vaktherapie. She worked towards bringing the community value through utilizing her education and her passion. We were very happy to have her on our team.